Most of students except Chinese struggle with remembering Kanji which is Chinese character.

However, if you learn Kanji quickly, then you could understand Japanese more faster.

Most of kanji is complicated, you know?
ONE, TWO, THREE are OKay.
Because they are visually one, two and three.

But other than that…

So, I suggest that You should think of Kanji as an art.

They are like a drawing or a painting.
Take a look 習字(syuuji) or 書道(syodoo) which is Japanese traditional calligraphy.

When you write Kanji, you are an artist!

Focus on how useful they are.

Every Kanji have meanings.

Even if you don’t know 食後 word, You can guess the meanings.

Speaking of Kanji, Chinese also uses Knaji.
I think that is why, they can understand Japanese language very quickly.

And we Japanese don’t understand Chinese, but we can guess almost 50% or more of sentences, if we read them. Because of the meanings of Kanji is the same.

In my opinion, Yes it is. But those types of kanji are few, I think.

So, don’t be so serious. Just practicing, practicing every day! 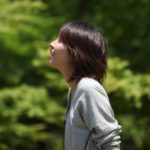 Sorry. No data so far.

Spread my arms through I may
I’ll never fly up in the sky.
Songbirds fly but they can’t run
Fast on the ground like I do.

Shake mayself through I may
No pretty sound come out.
Bells jingle but they don’t know
Lots of songs like I do.